Which tablet (slate) device is truly best for education?

Our previous 3 year technology plan provided all (or at least most) secondary teachers with a Tablet PC and a wireless projector in their classroom. This was a great effort to put technology in the hands (literally) of our staff. Elementary staff received smart boards for their classrooms and a netbook (in a similar effort to put the technology in everyone's hands). These were great initiatives and I would say have been fairly successful as our staff is much more comfortable with integrating technology at least from a content delivery standpoint.

Our next 3 year plan calls for handheld devices (presumably iPod Touches, use of cell phones in the classroom, and 'tablet' devices like the iPad or a similar device. Ultimately, students would be encouraged to use either a device that they already have or those provided by the school.

We are looking to pilot several tablet devices before the end of this school year so that we can integrate a device in the classroom next year (most likely in the form of a mobile lab or units that could be checked out based on classroom need). 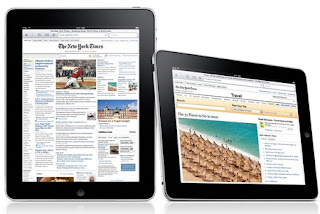 What device seems to be best for use in education? The first thought that comes to mind is the iPad. It's a beautiful device that seems to have a pretty strong hold in the app market (not to mention Apple's reputation in education. There are a few downsides for sure. No Flash. Heaven forbid!!! No USB port??? Multitasking now exists. I wonder if not including multitasking has it's own possible benefit. Without multitasking, the device responds like a champ. Of course, there are times where not being able to have a note taking app open in addition to the web browser (or another app) could be downright frustrating. I guess that is no longer an issue. From a classroom perspective, the mere fact that it has great battery life and almost instant 'on' are huge benefits. We spend too much time waiting for our laptops on our carts to start up, log into the network, etc.
Maybe I've already convinced myself that the iPad is THE device, but I can't help but wonder (and our tech department wants to explore other devices) if there is an 'iPad killer' out there. Is there a device that might lend better to online text books? Is the absence of Flash enough to detract from the value of the iPad?
Some of the competitors include: 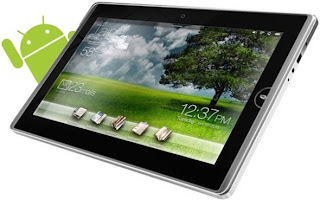 So, help if you can. Do you have a personal tablet? Do you use a tablet in Education? Can you share some insights (positive or negative) about the particular device and integrating it in the classroom? Any thoughts on educational oriented apps (apple, android, or other) woudl help as well. I appreciate any feedback.

Posted by Games and Learning at 1:26 PM

I've heard that Brainchild is about to release a Tablet built specifically for education. Release date is Feb 1. See it here http://www.brainchild.com/Kineo.html

Hello,
Our school is going through the 1to1 conversation with the i-pad..you might want to contact Gregg Miller at Wilmington Friends(de.) for his ideas. gmiller@wilmingtonfriends.org

My school district is looking a a new handheld devise to use in physical education as a way to assess our students on the go, (on the football field, in the swimming pool, in the gym). We need to have a devise compatible with windows mobile. Our state has adapted Power School so we are also looking for WIFI that can be controlled. With I-Touch they can log on as guest and we don't have control over the number of wireless stations being used. In education we need to have control over the wireless ports. The software we use is windows mobile so we need that platform. We looked at the tablet, we like all the features except that it is heavy. Next week we are piloting the HP slate. We are a PC district. Any information is welcome.Thanks!

The January 2011 PCWorld has an article, p. 73-80 about "Why your next PC will be a Tablet" It looks like there is a lot of options out there, and they will be easier to get through TSA screening. Best wishes in making your choices, Nancy

These were great initiatives and I would say have been fairly successful as our staff is much more comfortable with integrating technology at least from a content delivery standpoint.projector service toronto