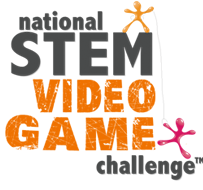 If you were to step into the computer lab at William Annin middle school, it might look more like a Video Game Design studio than a classroom. Presently, students inMr. Isaacs' and Mrs' Sharpe's 7th grade Computer Cycle as well as Mr. Isaacs' 8th grade Video Game Design and Development elective are hard at work creating original video games to submit in the 2012 STEM video game challenge.

7th graders have been working with Gamestar Mechanic (http://www.gamestarmechanic.com/). They have learned the basics of designing games and have written a design document to guide them through the development of their game. 8th graders have been working with a program called Game Maker (http://www.yoyogames.c0m/) and have a few options for their contest submission. Students can revisit a game they created earlier in the semester and improve upon it or they may create a new game based on an original idea. Some students are branching out beyond Game Maker and using Gamestar Mechanic or Kodu Game Lab (http://fuse.microsoft.com/page/kodu) to create their game as part of an independent study option.

Students have opportunities to work on their game during class, at home, and before or after school in the computer lab. In addition, interested students who are not in one of the classes that are actively working on contest entries are encouraged to participate. More information can be found on the National STEM Video Game Challenge website (http://www.stemchallenge.org). Students are welcome to inquire with Mr. Isaacs for additional information.

Inspired by the Educate to Innovate Campaign, President Obama’s initiative to promote a renewed focus on Science, Technology, Engineering, and Math (STEM) education, the National STEM Video Game Challenge is a multi-year competition whose goal is to motivate interest in STEM learning among America’s youth by tapping into students’ natural passion for playing and making video games. (from http://www.nationalstemchallenge.org)

Let the games begin!
Posted by Games and Learning at 11:48 AM